The Bambara People: A look at their Cultural and Religious Background

By: Charles & Mia Harris
In our previous article; Declaring:  Our "Unreached People Group," we reflected on the historical facts of this great tribal nation, our "frontier people group" (a term we prefer using in our research) as the "Bambara Tribe" of Mali, West Africa.  In this writing, we will answer several questions that will allow us to have a better understanding of this indigenous tribe  and their way of life. The questions are as follows: Are they Agricultural, pastoral or urban? What are some of their values? Whether cultural beliefs are a bridge or a hindrance to the Gospel? Are they Matriarchal or Patriarchal? What are the primary religious beliefs? How do these beliefs affect their culture?
﻿ ﻿﻿﻿﻿﻿﻿﻿﻿﻿﻿﻿﻿﻿﻿﻿﻿﻿﻿
﻿﻿﻿﻿﻿﻿﻿﻿﻿﻿﻿﻿﻿﻿﻿﻿﻿﻿﻿﻿
﻿ 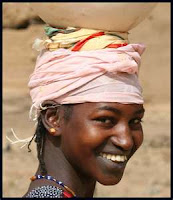 However, it must be said that the African women in most cases are exalted with and sometimes above her father, husband and brothers. Indeed, no other human of any racial or ethnic type has been so widely venerated as has the African woman.
Posted by Charles and Mia Harris at 12:56 PM